Mr O'Hare gazes down from his balcony remembering the cardboard house his father made at Yuletide with the silver -wrapped chocolate men. Feeling like a marauding giant, he would ease his fingers through the windows to pull the figures out, devouring them, the first holiday ritual.
Now he, the giant, has somehow been crammed into the chocolate men's house. A small hotel in Northern England. Someone glances up. He steps back, although they wouldn't have seen his shadowy figure, cocooned by nets at the window of room 43.
He lays on the bed on his stomach. The counterpane smells of stale cigarette smoke. He raises his chin and contemplates the wall. A monochrome photograph of Monterey pines by a leaden lake. He remembers the family exodus from New York every year to the lake house, the visit to the conifer nursery, choosing the tree with Eammon, his younger brother. Mrs Kaufman would trundle along with a trolley and her chainsaw zipped it down. Back home, Mom and Sylvia would dress the tree. The menfolk weren't allowed to help. Later they'd troop in to see it lit in all it's magic next to the old Vermont stove.
All gone, all just memories.
He reaches for a Kleenex to mop his face. The air conditioner rumbles away, unable to cool the room. The central heating keeps the entire place at a steady Eighty. What was the use of it?
“Hey Grandad!” He jumps. Who the hell? He eases himself off the bed and goes out on the balcony. A grinning face contemplates him from room 45's balcony.
“Yeah, what's up?” He said cautiously.
“You American?”
“Er..” The sky feels too near, too light. He has an absurd thought that he might burst through it, his shoulders causing it to crackle like cellophane, his head to burst through into blackness.
“Ah knew you were. What ya doing here then?”
“Excuse me.” O'Hare turns abruptly back and sits on the bed, holding his head, lungs bursting, the panic of being unable to draw in another breath driving all thoughts of control out of his mind. Gradually the fear subsides, he reminds himself about counting, four in, hold for four, four out. Rate the terror, Eight now, (was off the scale.) Five minutes more and it's a six. Odd how he's coped, suppressed it. But now, the ten year anniversary's come and gone and it's as if -
A knock at the door. Shit.
“Mr O'Hare, are you all right? Can I get you anything?”
“No, It's fine, I'm good.” Slow breath.
“Only Peter thought you looked unwell?'
He makes himself go to the door. This endless politeness! His one thought is to get rid of her. Mrs Plover's dark eyes look into his. He looks away.
“I know what's wrong with you. I see it a lot. Stress.”
“Maybe.”
“And something happened... and now you've come over to look up your Irish ancestors?”
“Now how the hell can you know that?”
“Don't worry, I'm not a psychic But there are O'Hare's in Formby and Blackpool, moved from County Armagh at different times. I did a season's work in the National census office, processing forms. Cup of tea? -or I suppose, being American, you'd prefer coffee.”
“Tea would be great.” The bad feeling hovers, and moves away. Gives him room to sit down on the hollow bed conversing with Mrs Plover and sipping strong tea. Why has he never drunk this stuff before?
He stays for six weeks. Listens first.
(Fixes the thermostat). Then tells her about How He Survived.
The terrible guilt.
He finds no ancestral O'Hares belonging to him, tells them he'll go back at Hallowe'en and stay in the Lake House. Stop pushing and striving. Let it pass.
On his last day they take him to the bay to see 'Another Place.' Anthony Gormley. The tide is going out. Strong, still figures look to the horizon. Peter says that The Council had wanted them removed, Health and Safety. O'Hare thinks of people, Christmas trees and chocolate men , devoured before their sell by date.
The council lost. The rusting men survive. He exhales steadily, says aloud,
“I survive.”
Then he stands straight at the edge of the sands, breathing easily, the sun setting silver in ripplemarks, wet rusty metal and the horizon line; past Ireland and all the way back to America.

NB. HARES and Lapwings (also known as peewits or green PLOVERS are linked in mythology, sometimes together in fields, the lapwings sitting in hares forms. Lapwings symbolise 'hiding the secret.' Mrs Plover is there at the right time for Mr O'Hare, to help him through his difficult time, which is the ten year anniversary of 9:11 in 2011.
Antony Gormleys 'Another Place” sculptures are hidden by the tide twice a day but still they reappear, isolated and slowly rusting away. I wanted them to symbolise Mr O'Hare's resolving of his pain at the reappearance of all the buried feelings after the ten year anniverary of 9:11, where his only brother lost his life.
Posted by MooncakeLizzie at 10:08 No comments:

"Signs" a first attempt at writing an idea of what might be, in the future

this is NOT Rob Swire 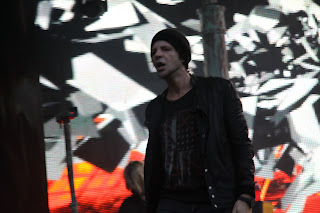 Pendulum at Eden Project in June, "better than Glasto" said the Cornish Guardian, don't know about that but best gig I've ever been to even after a life long love of Steely Dan and seeing them at Hammersmith Apollo in 2000! It did help being nearly at the front and not looking down from miles away.
Posted by MooncakeLizzie at 06:07 No comments: 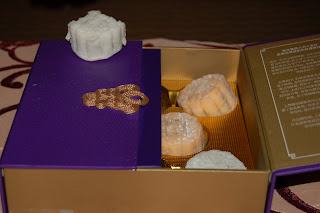 Posted by MooncakeLizzie at 14:44 No comments:

MooncakeLizzie
I love to write and seek inspiration from everyday things. Went to a writing workshop 14th May with Morag Joss who said, "Bad writing is better then NO writing, so KEEP WRITING!"